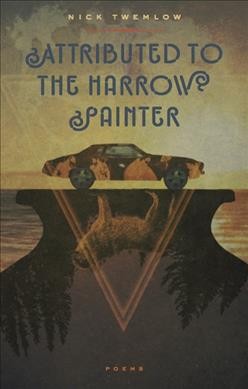 As this is your debut collection, perhaps you can give us some insight into the difficulties for young writers trying to get themselves established on the literary scene? Are there any top-tips you have for appealing to publishing bodies? As soon as we try to appeal to publishing bodies with our writing it becomes something other than art, so writers must be careful. One of the powers of poetry is to refute and subvert the threat of becoming a coherent, appealing, digestible brand. That means, I believe, going beyond referents that are insular.

One of the best things that ever happened for my writing was teaching The Sun Also Rises to a classroom full of adults returning to school to get their college degree; another was getting a job at a criminal justice think-tank, where I worked for four years. Which of your experiences of literary recognition has meant the most to you? How, if at all, has it changed your writing method? If these people had told me I was absolutely crazy they may very well still think this, but they never told me , none of the other recognitions would have been possible.

How do you understand the relation between the two? Is there a point where philosophy stops and poetry begins, or is it essential to combine the two, however difficult? At a certain point a few years ago, I realized that I could not write another word without understanding the history of thought.

This came at a point when all my poems seemed to be about the same things—loss, abandonment, dissolution of family, dissolution of ideality. I started feeling deeply skeptical of every phrase I wrote. I started reading Wittgenstein instead of Keats. I wondered about the ethics of using metaphor. I wondered whether crafting an image was, in fact, arbitrarily changing the subject. I realized that if I ever wanted to get out of this, I would have to study philosophy.

Maybe I can try answer this question—which is at the heart of my writing and thinking right now—with an anecdote. When I was in a workshop run by Marie Howe, I was very nervous to turn in the first poem of the semester. I turned in a poem that sounded perfectly like a poem. The images were in place, the particulars giving way to vast emotional claims.

Western philosophy is founded on dialogues. It is in dialogues that Plato claims that the poets must be banished from the ideal city. Poetry should be subjected to the same level of scrutiny involved in philosophical argument. Even the most absurd poem will, when successful, have some structure that lets it stand. And I hate to sound like I instrumentalize philosophy for the sake of poetry, or recede to poetry when I become bored with philosophy though that might be true.

Rufo Today Mr. Rufo died. During a game of bocce ball, he leaned on his friend's shoulder and died.

Just five minutes before we found out, Jon and I had been walking with our dumb, bourgeois fruit smoothies, and we stopped by a bush that had all these purple flowers bursting out of it, and I said, Look how the dead flowers are a darker purple, a bluish blackish purple and the live flowers are magenta.

Do you think the dead flowers used to be magenta, or did all the darker purple flowers die first? The dead flowers crumpled closed like soggy paper umbrellas, while the live ones stretched open, each like a child's hand reaching— Afterwards, all the family came and assembled and sat outside together on the patio. For days, I did not see Mrs. She must have been inside the house all that time. Meanwhile a big yellow garden spider built his web above the plot of dirt and weeds and wildish plants that's just beside their outside staircase.

It's true that spiders are noiseless, I realized, watching the spider in its nonstop industry, listening to the spider. All of us have read "A noiseless patient spider…" but to hear, really, that absence of sound is something altogether different. Because the soundlessness is transparent and shaped like a geometric plane. It casts a silent white shadow that's bigger than the spider is big, and when the spider dies, the silence that replaces its silence is bigger than the spider's silence was big. Text Message oni, u rancorous scam, u r no rare ace.

Materials for Teachers. The Walt Whitman Award. James Laughlin Award. For the next step, you'll be taken to a website to complete the donation and enter your billing information. You'll then be redirected back to LARB. To take advantage of all LARB has to offer, please create an account or log in before joining There is less than a week left to support our matching grant fund drive!

Your tax-deductible donation made to LARB by pm, December 31, will be doubled thanks to an anonymous donor. Support our online flagship magazine and support our free trade of ideas. Support the writers who continue to push literary boundaries online and in print, emerging and established.

Griffin, a poet, sculptor, and resident of Nevada, has made his book out of less conspicuously notable ephemera: letters, personal writings, scraps of paper, and odd photos, many of which are over- or underexposed, some of which have been defaced not by Griffin, but by other strangers, or time, or the desert. These very different collections are two of the most important books of poetry to publish in the last 12 months. Both show us, in their physical form, how poetry teaches us to pay attention to — and remember — each other.

And both books make a project of proximity — of bringing themselves, and their materials, close to us. The intelligent, enticing layout provides legible transcriptions of all the writings en face. The delicate tone of the layout, both in its design and its editorial presentation, suggests that the collection wishes to be known by us, not simply revered.

Griffin, the author of Lost and , establishes his presence by describing his own act of caretaking. The pieces are either transcribed verbatim or scanned as is. Personal but anonymous, the materials achieve a kind of searing intimacy by detaching themselves from both information and context. When we read these books, part of what we imagine is the curatorial task itself — the way Dickinson, and then Bervin and Werner, or Griffin and all of his collected authors and photographers, held the materials as they worked with them.

Bervin, Werner, and Griffin listen with their hands. This creates a place for strangers to meet, and a way to keep people — not manufactured identities, but people — from getting lost. Both books reach out and ask for a reader to reach a private zone beyond surveillance. The photos we encounter in Lost and are striking for a contemporary viewer. In one photograph, a strangely ecstatic woman is captured talking on the phone, surrounded by outdated technology, clinging to a landline cord, looking directly at whoever might be behind the camera.

In another photo, an artificial-looking cat appears bizarrely and perfectly posed.

In another, a man appears nearly as posed as the cat, standing impossibly on the edge of a cliff. 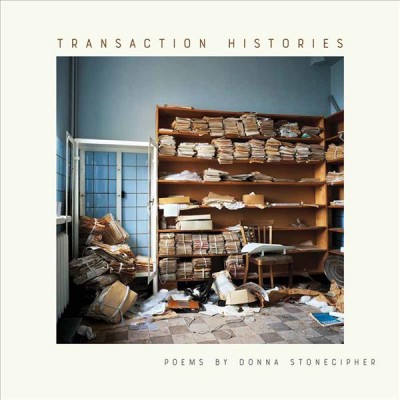 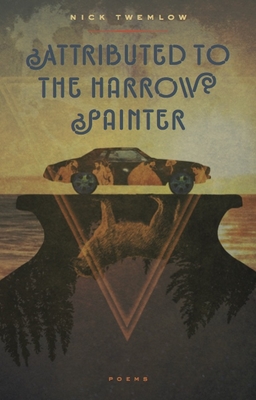